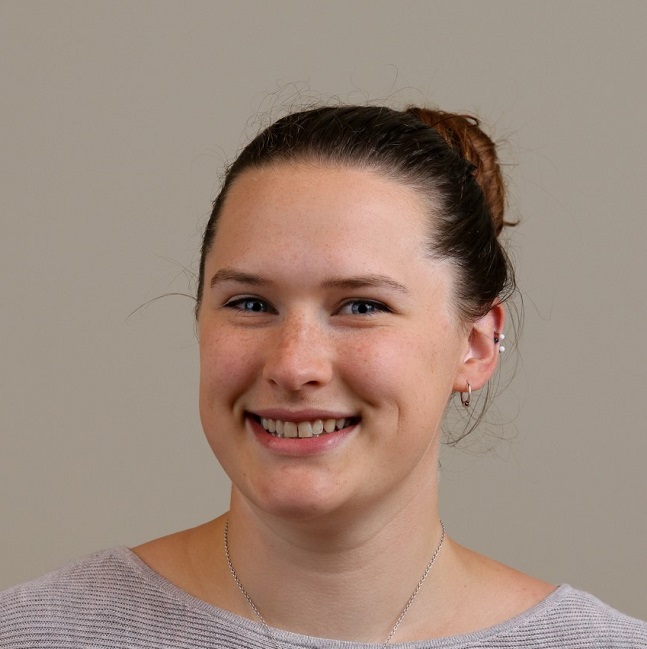 Fay is a researcher broadly interested in applied health research in rheumatology and musculoskeletal conditions. She is specifically interested in research in older people, osteoporosis and falls, fragility and fractures. Fay has an interdisciplinary background, she began with degrees in Sports and Exercise Science (BSc) and Sports and Exercise Science Physiology (MSc), before completing a PhD in Biomedical Physics at Exeter where she focussed her research on the spine and back pain. After completing her PhD in 2019, Fay relocated to the West Midlands where she took a combined role in the NHS as a Senior Research Assistant in Rheumatology, and a Bone Density Technician in an Osteoporosis Service. During this time Fay was awarded a CRN Clinical Research Scholarship, and an Honorary Lectureship in Bone Health at Keele University (which she still holds).

The combined research and clinical role drove her interest and experience in applied health and mixed methods research. Fay has returned to Exeter as Post-Doctoral Research Fellow to work on an NIHR ARC funded project called the FLEXI Study (FaLls EXercise Implementation) which looks at the wider scale-up of the Falls Management Exercise (FaME) programme; an implementation and cost analysis study. This is a national project with participating regions including Greater Manchester, South West Peninsula and the East Midlands. The research is funded by the National Institute for health Research, Applied Research Council (NIHR ARC), Healthy Ageing, Dementia and Frailty National Priority area.