A University of Exeter Data Science team have helped develop a tool that could modernise the way Ambulance Trusts predict and respond to demand, at a critical time for the NHS.

A University of Exeter Data Science team have helped develop a tool that could modernise the way Ambulance Trusts predict and respond to demand, at a critical time for the NHS.

The team have worked with the South Western Ambulance NHS Foundation Trust (SWASFT), covering an area of 10,000 square miles and serving a population of more than 5.5 million, to develop and trial the model. Designed to be easily transferable to other services, the new tool could lead to a significant impact on the way that ambulance trusts manage demand if adopted nationally.

Ambulance response times can be critical to how a patient recovers, especially in the case of serious injury or trauma. Having accurate data to predict activity and being able to adapt resources to meet demand is vital. The new model, which aims to improve the way that Trusts collect and analyse data, makes it possible to anticipate the number of daily calls requiring the dispatch of ambulances, as well as the means to forecast demand over an entire year.

Our Operational Research and Data Science Team, PenCHORD, developed a bespoke forecasting model, capable of predicting Call, Incident and Response data by hour for a period of up to 6 weeks or daily over 365 days. The Forecasting & Capacity Planning Team at SWASFT then used Python and SQL computer modelling software to convert the forecast models into useable rota patterns. The project has resulted in a fully automated, accurate and safe demand-led resourcing model.

SWASFT provide emergency medical services to the South West region which includes large urban areas as well as an extensive rural spread. Populations can swell as visitor numbers create local fluctuations and the service can receive an average of 2300 calls per day requiring the dispatch of ambulances. By using the model to forecast weekly demand, SWASFT are able to manage expected demand in line with these fluctuations, as well as to plan staffing in both the short and longer term.

Andrew said: “SWASFT has ambitions to implement a Demand-Led Resourcing model that will improve our ability to react to patients’ needs in real time. We approached PenCHORD as experts in healthcare modelling to identify a forecasting technique that would meet the needs of the business. We have continued our partnership by building a bespoke demand-led resourcing model for pre hospital care that is a one stop solution from forecast to rota. The work has been extremely successful and has expedited and embedded Data Science at SWASFT.”

Professor Monks said: “This was an exciting collaborative project where we’ve seen early research translation and impact within the NHS. SWASFT have built up a strong forward-looking data science team and are perfectly placed within the NHS to exploit exciting data-driven methods to support their logistics, operations, and service users. Working with them, we’ve already been able to validate our findings in other areas of the UK. The team followed a rigorous, open science approach based on the Turing Way, allowing for end-to-end reproducibility and replication of our study findings.” 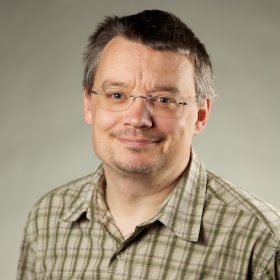