MBE for inspiring physiotherapist and researcher 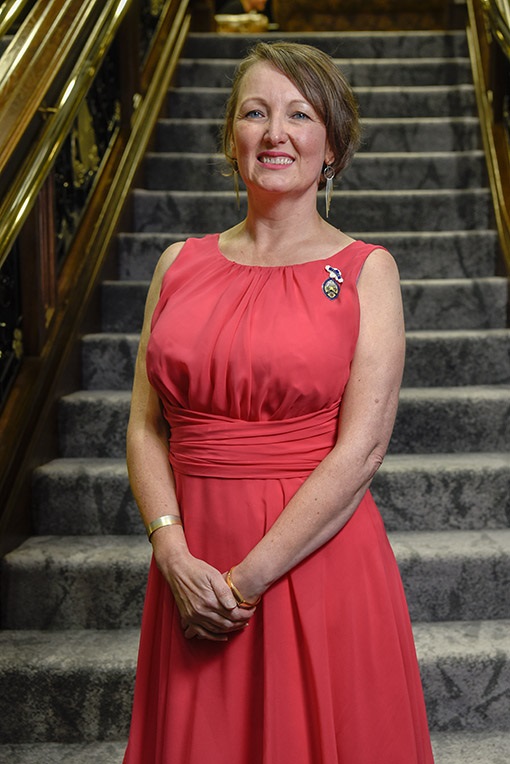 A PenCLAHRC Senior Research Fellow and physiotherapist based at the University of Exeter Medical School has been honoured with an MBE in the New Year's Honours list 2017.

Dr Vicki Goodwin has been awarded the honour, presented for significant achievement or outstanding service to Physiotherapy.

“I am completely shocked and truly humbled that I am being recognised for my work as a physiotherapist. Ultimately, my work is dedicated to improving the quality of life of older people, but it’s a real team effort. This is more a reflection of my family and friends and the people I have worked with over the years, who have supported and encouraged me.”

Before moving to academia Dr Goodwin worked clinically for more than ten years in the South Devon area. She is an Honorary Physiotherapist for Torbay & South Devon NHS Foundation Trust and in 2015 was made a Fellow of the Chartered Society of Physiotherapy.

She has worked closely with the Chartered Society of Physiotherapy, AGILE (Chartered Physiotherapists working with Older People) and the British Geriatrics Society and has been involved in developing national guidelines with the National Osteoporosis Society, NICE and Public Health England.

Since Vicki became a physiotherapist in 1995, she has been committed to promoting physiotherapy and services for older people, providing inspiration, support and clinical leadership. Her help and encouragement has allowed multiple physiotherapists to further themselves and the field.

“I am delighted Vicki has been given this prestigious award for her work. She is an excellent role model for the physiotherapy profession and her contribution to healthcare is significant.”

Watch a video of Dr Vicki Goodwin MBE talking about her research.