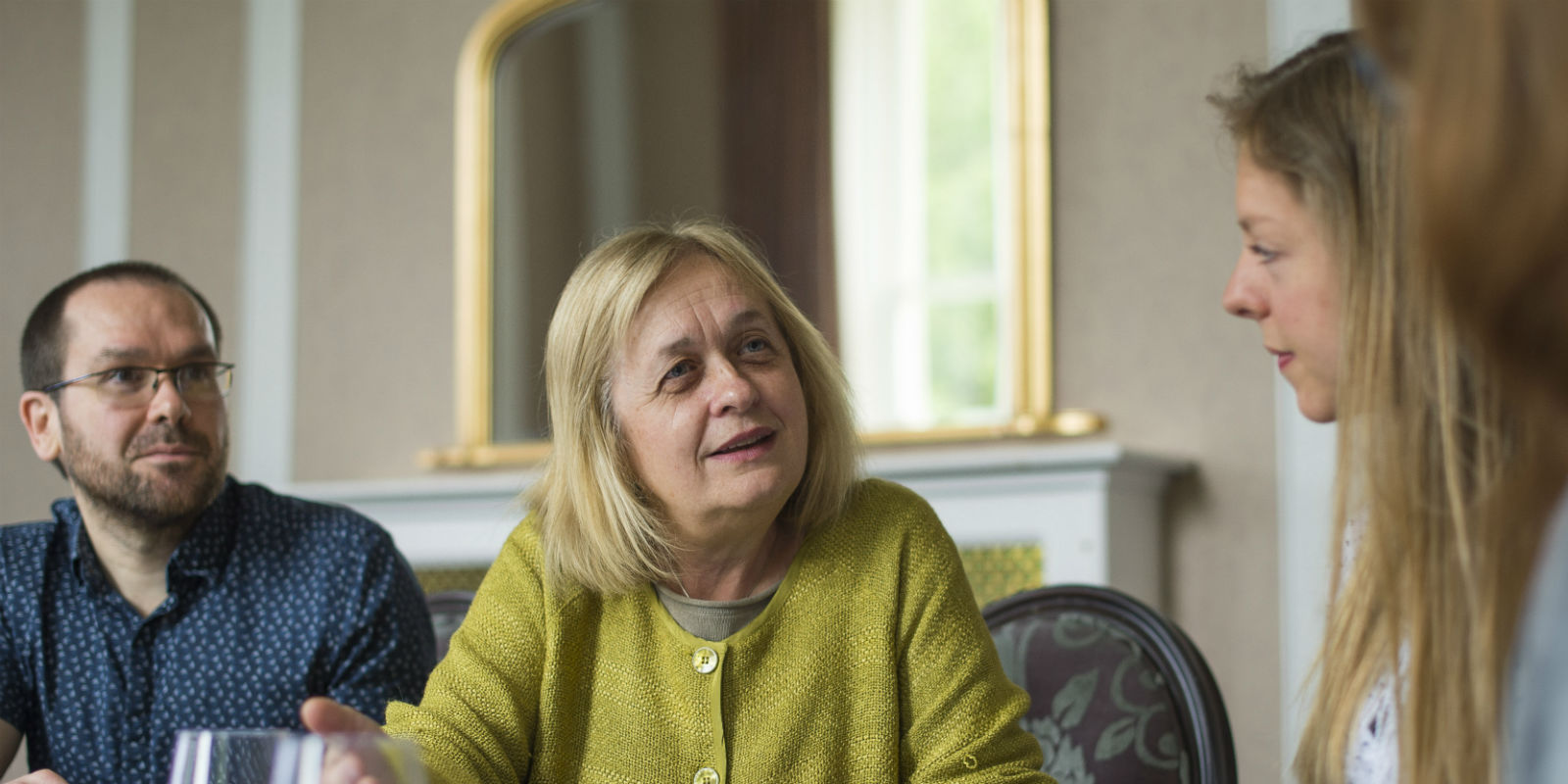 A large-scale trial led by the University of Exeter, presented at the international Alzheimer’s Association International Conference (AAIC) 2017 on Tuesday July 18, has found that cognitive rehabilitation leads to people seeing satisfying progress in areas that enable them to maintain their functioning and independence.

The Goal-oriented Cognitive Rehabilitation in Early-stage Alzheimer’s and Related Dementias: Multi-centre Single-blind Randomised Controlled Trial (GREAT) trial involved 475 people across eight sites in England and Wales. Half of them received ten cognitive rehabilitation sessions over three months, and the other half did not. The group receiving the therapy then took part in four ‘top-up’ sessions over six months.

The researchers found that those who took part in the therapy showed significant improvement in the areas they had identified, after both the ten week and 'top-up' sessions. Family carers agreed that their performance had improved. Both participants and carers were happier with the participants’ abilities in the areas identified.

“We now know that cognitive rehabilitation effectively supports people to achieve the everyday goals that matter to them. The next step is to quantify benefits such as whether this approach delays the need for people to go into care homes by supporting them to live independently for longer. This could have important financial benefits for social care. We must also assess whether the therapy can be integrated into how practitioners routinely work, so that more people can have access and are supported to live better lives with dementia.”

Cognitive rehabilitation involves a therapist working with the person with dementia and a family carer to identify issues where they would like to see improvements. Together, they set up to three goals, and the therapist helps to develop strategies to achieve these goals. The research, funded by the National Institute for Health Research Health Technology Assessment programme, featured on the BBC’s Horizon programme in May 2016.

The goals participants chose were varied, as dementia affects people in a wide range of ways. Some participants wanted to find ways of staying independent, for example by learning or re-learning how to use household appliances or mobile phones. Some wanted to manage daily tasks better, and worked with therapists on developing strategies to prevent them burning their food when cooking meals. Others wanted to stay socially connected, and focussed on being able to remember details like the names of relatives or neighbours, or improving their ability to engage in conversation. Sometimes staying safe was important, so strategies focused on things like remembering to lock the door at home or withdrawing money safely from a cashpoint.

“We know there’s a great deal that can be done to support people to live well with dementia. Our research is about finding out what matters most to individuals and working with them to find strategies to manage important tasks and maintain their interests. Contrary to popular belief, our trial shows that people with early-stage dementia, given the right kind of support, have the capacity to learn and to improve their skills. We aim to support them in their right to live a fulfilling and happy life and be as independent as possible.”

After his diagnosis of Alzheimer’s Disease in 2012, Brian Hamilton, 66, lost all confidence after his memory declined, and he rarely left the house.

Working with a therapist on personalised cognitive rehabilitation in the GREAT trial, the retired miner from Sunderland developed strategies to give him the reminders he needed to regain his independence.

Now, he has a sticker by his front door to remind him to lock up and take his phone and wallet when he leaves the house. He always writes a list of what he needs, and he reminds himself to focus on where he’s going.

A year after his last contact with his therapist, Brian is still using the techniques. The grandfather-of-six enthused:

“I do a lot of shopping on my own now, and that’s really important to me. It means I get out of the house and talk to different people I meet in the shops and in the street. It’s a real confidence boost. The trial helped me find strategies that made a real improvement to my life, and I’m sure it could help others too.”