A musician who has dementia has written an uplifting song to help support others living with the condition, as part of a major research project.

A musician who has dementia has written an uplifting song to help support others living with the condition, as part of a major research project.

Paul Hitchmough (69) of Speke, Liverpool, is a seasoned songwriter and recording artist. A pioneering University of Exeter and PenARC dementia research team heard Paul’s music online and commissioned him to write a song to share a message of hope based on their dementia research project. Paul worked with his long-time collaborator and friend Tommy Dunne BEM (69), who also lives with dementia, to create the music and lyrics.

The IDEAL Programme – Improving the experience of Dementia and Enhancing Active Life – is an Alzheimer’s Society Centre of Excellence based at the University of Exeter. Led by Professor Linda Clare, a team of researchers have been working with a large number of people with dementia and carers living in the community to understand which things make a difference to the ability to live well with dementia. IDEAL has been collecting evidence since 2014 and has continued to connect with its contributors through COVID-19 (thanks to ESRC-NIHR funding). As the study reaches its close, the team is eager to share their findings with the world, in this case through music.

A self-taught musician, Paul has not only picked up drums, guitar and piano but has also learned orchestration and arranging. Through the song, Paul wants to “give people living with dementia hope, a hope that was not present at the point of diagnosis but still lurks within a person underneath the surface. That is why the melody needed strong lyrical content to get that message across. We do (metaphorically) leave our old world behind, and enter a new one in which we must adapt to survive, so that was when we came together to write the song and called it ‘Brave New World’, to show our peers and anyone who has a diagnosis of dementia to get out into this brave new world of hope.”

‘Brave New World’ speaks directly to people living with dementia, encouraging them to “keep on doing all the things you do”. Paul and Tommy met with IDEAL to hear about what their research reveals about living well with dementia. Combining this with their wealth of knowledge from personal experience, they created ‘Brave New World’, recording it at Liverpool’s Crosstown Studios – Paul’s “second home”. As Tommy says, “A brave new world is about facing life following a diagnosis of dementia. It’s about realising that you can live a full, different life, in a world that has hope rather than despair. It’s about us standing beside you no matter what so that you can live life to the full. Your life may be different, but it should not be less full: you are not alone.”

Paul and Tommy are two of the Co-Directors of Thred CIC, an organisation that aims to be the agents of change with and for people living with dementia to reduce social isolation. From post-diagnostic support courses in Liverpool, to weekly Twitter chats which have international reach on key topics about the dementia experience, Thred are on a mission to improve the lives of people affected by dementia in Liverpool and beyond. They are also committed to improving the lives of carers, with Pat Broster and Louise Langham (Thred Co-Directors) having been carers themselves. As Tommy asserts, “the thing that hurts us most is that the carers of those that have dementia have been forgotten. We cannot allow this to go on.”

The IDEAL team work with both people with dementia and carers, and the findings show how interdependent their wellbeing is. The researchers are excited at the prospect of the song’s release, given music’s power to move people. IDEAL Programme Manager Dr Claire Pentecost said “Our research has shown us that a wide range of factors can make a real difference to supporting people with dementia to live as well as possible. We want to share what we have found, and so we are delighted with Paul’s song and its message that there is hope”.

“Paul and Tommy are great ambassadors for living with dementia, for embracing life. We want to change the narrative around dementia to one of hope. Listening to their music you cannot ignore their creativity and talent, and the lyrics of ‘Brave New World’ carry the message we’d like society to hear.”

‘Brave New World’ will be hosted on the Living with Dementia Toolkit IDEAL created, a free resource for people with dementia and carers. This takes the research findings from the project and turns them into practical resources for people affected by dementia to use. Featuring videos, top tips, animations and more, the toolkit offers a vibrant look at life with dementia which differs from what is often seen in the media. An involvement group of people with dementia and carers coproduced the toolkit, and the team are now gathering feedback to improve and further the resources.

Paul has also written the music for IDEAL’s forthcoming podcast, so his music will once again preface people hearing about dementia – and hopefully, allow them to see it in a new light.

‘Brave New World’ follows IDEAL’s recent play ‘The World Turned Upside Down’ which staged scenarios between people with dementia and carers to get the audience thinking about communication challenges in dementia. The interactive production saw audience members suggest alternative behaviours which could lead to better outcomes, with the actors then performing a new version. A documentary film of the process will be released in the coming months.

IDEAL: Improving the Experience of Dementia and Enhancing Active Life 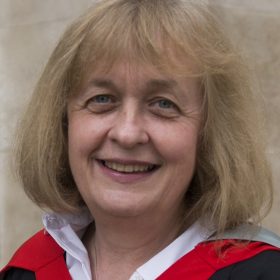