Figures from 1999 and 2004 indicate that 10% of children and young people aged between 5 and 16 years had a clinically diagnosed mental disorder, including emotional, conduct and hyperkinetic disorders. Devon Primary Care Trust estimate that approximately 9,000 children between ages 5 and 15 are likely to have one or more diagnosable mental health problems in Devon.

Poor socio-emotional adjustment in childhood may compromise mental health and academic attainment and can adversely impact on life chances of all the children in a classroom, particularly children living in deprived circumstances. Disruptive behaviour is a common source of stress among teachers, and a common reason for many leaving the profession.

Despite the research and guidelines available, there is no specific guidance on how social and emotional well-being should be promoted in primary schools. The Supporting Teachers And childRen in Schools (STARS) study will examine whether the Incredible Years Teacher Classroom Management course may enhance teachers’ skills in promoting socio-emotional well-being among their pupils.

If effective, TCM could transform the classroom from an environment where many children currently struggle to cope, particularly boys from low socio-economic backgrounds, into one where many more children can thrive. Enhancing teachers’ skills potentially benefits all children that come into contact with that teacher over subsequent years, so TCM may be a particularly cost-effective way to assist the most vulnerable children in our society.

What is Teacher Classroom Management?

The Teacher Classroom Management (TCM) programme comprises a one day session per month over a six month period, delivered to groups of 10 teachers. The focus is on collaborative learning, discussions of teachers’ own experiences and group work to find solutions to problems encountered in the classroom. The following principles underpin the TCM approach:

The TCM course will be delivered by Behaviour Support Professionals from Devon and Plymouth.

STARS is a programme of work focused on the development of a cluster randomised controlled trial (RCT) of the Incredible Years Teacher Classroom Management (TCM) course.

The First Feasibility Study has been completed in which 20 teachers from six schools in Devon completed the TCM course, held between January-June 2011. The teachers completed a series of questionnaire measures and attended a focus group to gain their views on the course in terms of its relevance and applicability to their practice. Overall the feedback was extremely positive and teachers stated that they were already using many of the strategies in their classrooms. Headteachers were also interviewed to give advice about research processes to help plan the RCT.

A Second Feasibility Study was carried out between January – June 2012 with 20 teachers from a further 10 schools in Devon and Plymouth, which extended the work of the First Feasibility Study. Similarly, the feedback from the participating teachers and headteachers was extremely positive, with teachers stating that their attendance at the course had a positive impact on their classrooms. All the information obtained from the two Feasibility Studies has been used to develop a cluster randomised controlled trial (detailed below).

Our Group has also developed and tested a measure to record how young children feel about school, which will be used in the STARS trial.

Specifically, STARS evaluated whether increasing teachers’ skills in dealing with children who are difficult to manage in a classroom environment lead to improvement in:

We used focus groups and interviews to find out from teachers, head teachers and special educational needs coordinators (SENCos) to see how useful they thought TCM is, whether they used it in their practice and schools, and how it fiited with other sources of support for emotional and behavioural difficulties.

Using questionnaires completed by parents and SENCos, backed up by detailed interviews with some parents, we found out about additional help accessed by families in relation to their child’s socio-emotional adjustment to look for cost-savings that TCM might generate by reducing demands on educational support and mental health services.

Our Advisory Group, comprising teachers, behavioural support network professionals and parents, monitor the study and ensure that it is designed and carried out in a way acceptable to schools and parents.

In October 2014 the STARS project received an additional £60,000 funding from the NIHR Public Health Research programme to expand their analysis of data collected during the trial through linking to the National Pupil Database. This link will greatly broaden the range of educational outcomes that the project will be able to explore, with the additional option to track the study participants forwards in time in relation to key educational outcomes.

This explored whether or not the TCM course is also helpful for Teaching Assistants/Learning Support Assistants and children with special educational needs and disabilities (SEND) which included some emotional or behavioural difficulties.

We worked with a total of nine schools on the STEER project, three of which are specialist schools. The study ran from September 2015 to March 2016.

Evidence suggested that the training has the potential to improve the mental health of children, especially those who were initially struggling. If this training was offered to all teachers and teaching assistants the impact and effects may also be greater.

“Let’s remember that training one teacher potentially benefits every child that they subsequently teach. Our study offers evidence that we should explore this training further as a whole school approach.”

As well as the improvements in mental health, behaviour and concentration, teachers liked the training and thought it was useful. Observations suggest that it changed their behaviour, and improved child compliance in the classroom.

Read a recent feature on the STARS project on our Exposure page. 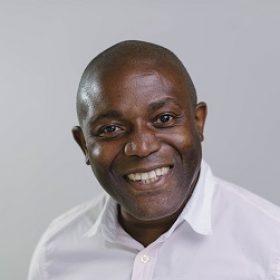